predeterminism said:
The Korean and Japanese men like the bowl cuts may result from the “cuteness culture” or even so-called “Kawaii culture” from Japan. Being Kawaii has been viewed very positive in Japan and many other East Asian countries and women from these regions love the feature. Men with some cuteness are attractive to women and thus increase the chance to have dates. So unlike the generally-more-popular masculinity of men in the world, Eats Asian men have another option: to be cute. To achieve that impression, not only having a bowl cut but also do use some cosmetics or facial masks to make skin look more shiny and white. in Korea, makeup for men is highly encouraged and advertised. Men are advised to put makeups on or even do beauty surgeries to look more perfect, young or “cute”.
Click to expand...

predeterminism said:
One thing that is more interesting: in gay men’s culture in East Asia, the cuteness culture for men mentioned above is completely no in favor. Gay man with these features are viewed as famiite as well and will be looked down upon. They usually do the masculine looks and worksout a lot to look more muscular. So there’s a saying that if you see a Japanese man o the street with short hair, heavy moustache and beard, tanned skin, built-up body and wearing shorts and slippers, he must be gay; and if a man with long hair, some makeup on, wearing tight jeans and trendy pointy leather shoes, he is totally straight.
Click to expand...

Asian women's type is pretty and cute men with attractive facial features. but then with the tallest and widest body 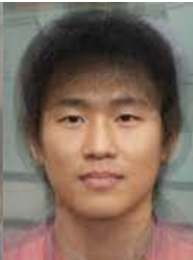 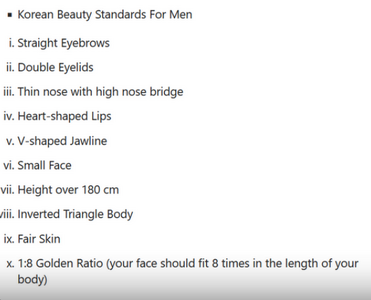 in the west, cuteness and these gay preferences for longer girly hair and clothes etc are literally laughed at and women dont seem to want that

In the west you can only become a gigachad when you looksmax for the opposite of asian women's type
- masculinity, shorter hair, darker hair, darker skin 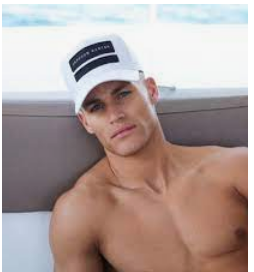 tanned, masculine, short hair, muscley , not cute etc...(the opposite of what they want)


So yeah SEA women prefer: korean gigachads which have looksmaxxed to be an avg white in every aspect OR an avg white
they like long haired prettyboy whites but that content kinda just doesnt get pushed anywhere but in gay white communities.
I’m not sure their preferences for blacks I think Alex said they like lightskins with dreads so it’s still pretty and cute and nice lips etc which still fits their preferences

I thought you roped

Bestimmung said:
I thought you roped
Click to expand...

Anyone who thinks white women, asian women have the same preferences is completely delusional.

Mystic B said:
Anyone who thinks white women, asian women have the same preferences is completely delusional.
Click to expand...

I think they are definitely much harsher on bodyfat %
M

the hard thing is they don't exist. They are terrible at putting on muscle mass, are shorter, etc. You can't have cake and eat it.
M

fatchadlitecel said:
I think they are definitely much harsher on bodyfat %
Click to expand...

What do you mean?

Mystic B said:
What do you mean?
Click to expand...

Any JBW shit you do assumes you are thin. You can't go there chubby and expect to get good results
You must log in or register to reply here.

Advice the bowl cuts may result from the “cuteness culture” or even so-called “Kawaii culture” .Eats Asian men have another option: to be cute. To achieve th

if a man with long hair, some makeup on, wearing tight jeans and trendy pointy leather shoes, he is totally straight.